If you have been arrested for a DUI you have 2 fights on your hands. You will have to fight the DMV to save your license and you will have to fight the court because they are trying to punish you for the alleged DUI. In the event you lose your license I can show you how to get it back in the shortest time possible. Listen now on "How to Set Up Your Own DMV Hearing." .

I teach other DUI Lawyers in San Bernardino County how to defend their cases. Do you want the Master or the student? I need details to be successful, Call 909-888-7992 to schedule an in-office review of your case. See my "Success Stories" at www.pjsduilaw.com See what others lawyers and clients say about my skills as a DUI Lawyer at AVVO.com.

I am competitive by nature, I love to win, and I strive to do my very best on each case Mr. Silva started representing those accused of DUI for nearly 14 years. We like to say we represent the "falsely" accused. As a DUI lawyer who focuses drunk driving defenses he knows the DUI facts and how to dispel the Drunk Driving Myths. He is a member of the CALIFORNIA DUI LAWYERS ASSOCIATION which is a close knit membership of DUI Attorneys whose main goal is the representation of those accused of DUI. Patrick J. Silva is also a member of NATIONAL COLLEGE FOR DUI DEFENSE which is compromised of the "best" dui attorneys in the nation.

Hire a Victorville DUI Lawyer from the Best Victorville DUI Law Firm and get the DUI facts about the Drunk Driving Myths. Attorney Patrick J. Silva has focused his law practice defending those who have been accused of driving under the influence. We represent good folks both in the criminal court system and in the DMV proceedings. Mr. Silva is certified in Standardize Field Sobriety Tests (SFST). He has completed 24 hours of intense training under the guidelines set forth by the National HighwayTraffic Safety Administration (NHTSA). It is "only" with this specialized training that allows an attorney to effectively cross examine a police officer on the stand about how he "screwed" up when he was giving you the test.

Hire a Victorville  DUI lawyer from the best DUI law firm and get the dui facts about the drunk driving myths. A quick story, the other day I was in a DMV hearing and I was cross examining the officer. Some of the highlights made me almost laugh outload. The officer could not identify the 3 SFST. As you read this you probably already know that they are the Horizontal Gaze Nystagmus (HGN), Walk and Turn (WAT), and the One Leg Stand (OLS). As we went through the cross examination the officer could not identify the 3 validating clues in the HGN, he did not know how many clues were needed to believe that my client might have been over a .08. The Officer did not know the 8 clues associated with the WAT, in fact he made up other clues as he went along. I did finally start to smurk as he failed to understand the OLS or the 4 clues associated with that test.

Hire a Victorville DUI lawyer from the best dui law firm and get the dui facts about the drunk driving myths. What was really funny was that 2 weeks after the officer arrested my client he went to a SFST class. This was when my cross really got interesting. As we went through his failures in giving the SFST he had to agree that he gave the SFST wrong on several, several occasions. I also have over 15 hours of training on the Datamaster DMT breath machine. I am the owner of the Alcosensor IV PAS breath machine which is the most widely used roadside breath tester in So. Cal.

We are a nationally-recognized firm lead by a highly experienced DUI lawyer. We are not former prosecutors and am proud to say we never sought to prosecute somebody just to receive a paycheck. The Law Offices of Patrick J. Silva serves clients from offices in Los Angeles, Orange County, Riverside, San Bernardino and Victorville, California. We are supported by a former law enforcement officer who conducts our in-field interviews, and a former California DMV license suspension hearing officer. We specialize in representing those clients charged with misdemeanor or felony drunk driving (driving under the influence of alcohol or driving under the influence of marijuana or drugs) and the associated DMV license suspension.

Nationally-known and recognized by other dui attorneys across the United States, Mr. Silva is a Western State University College of Law School graduate and is on the Board of Directors of a multi-million dollar corporation. Mr. Silva is active in teaching other lawyers this highly specialized field of DUI defense. Twice a month Mr. Silva teaches other lawyers blood alcohol science, breath science, field sobriety test, legal motion writing, and trial defense. . His is a member of the California DUI Lawyers Association and the National College for DUI Defense. If you have been arrested in the Victorville area, Call us ASAP 909-798-1500. We have won many cases against the Victorville Sheriff Dept.

WHAT TYPE OF CASES HAVE I HANDLED? 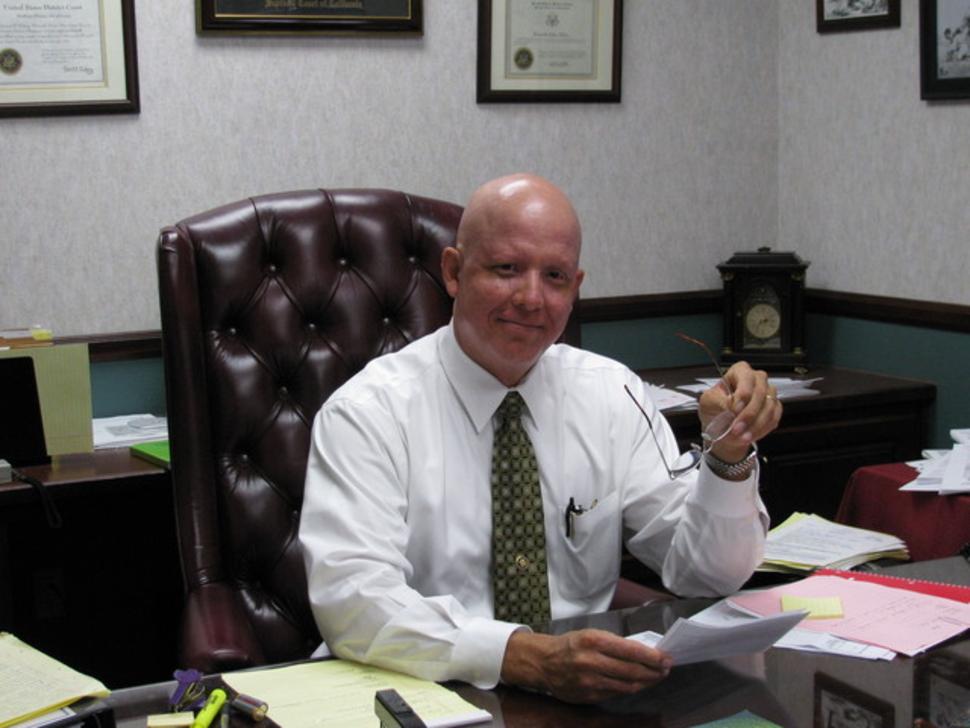 The Defense is in the Details! Ask me how I got a .29 BAC DISMISSED.